A preview version of my ebook Ottoman Beachcomber is now available! Write to me if you want to download a free copy. Here's the cover image: 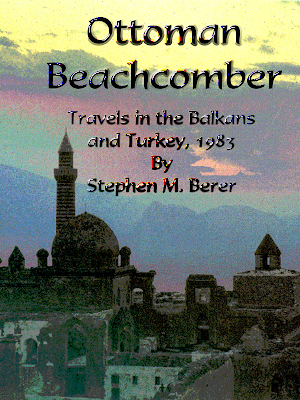 Posted by Unknown at 7:30 PM No comments:

I'm taking a short break from The Song ov Elmallahz Kumming to complete an ebook version of what I believe is a delightful little history I wrote 30 years ago (gasp!), Ottoman Beachcomber - Travels in the Balkans and Turkey, 1983.

I built the template in Jutoh, a nice, and very affordable ebook builder. Now I'm moving to the cloud to work in Vook, which provides much finer formatting capabilities. It shouldn't take more than 8 hours to put it all together and wrap it up in a sharp little package.

In the meantime, here are 4 notable images, digitized and transformed from slides that Nancy took in 1983. I thought you might enjoy them. Double click any image and they'll all pop up as a little slide show. 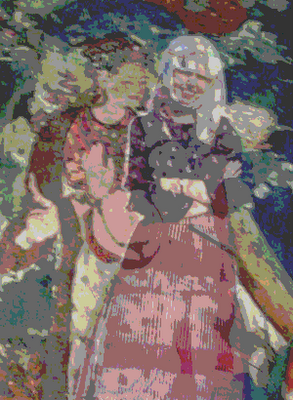 This one is Dancing Tara, an overlay of a photo of Nancy on a temple painting of the goddess Tara, from the chapter, The Goddess Tara Makes an Appearance. 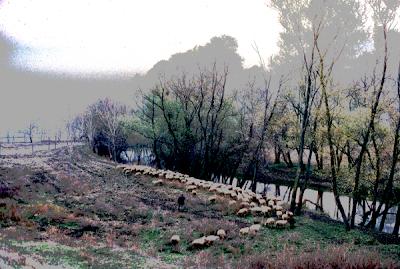 This pastoral scene, entitled Greek Shepherd, was taken just outside of Edirne, and can be found in the chapter Another Meeting with the Goddess. 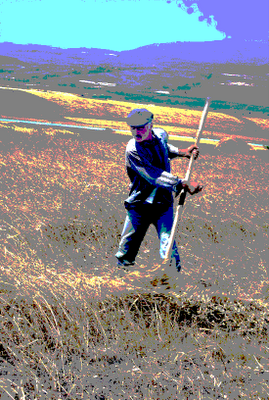 I love this one, entitled Noble Worker, of a Turkish harvester. The image can be found in the chapter Further Sketches. 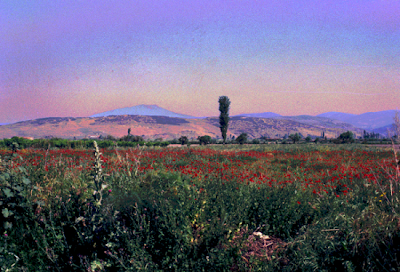 And finally, what kind of travelogue of Turkey would this be if I didn't include at least one image of Poppy Fields? You will find this shot in Turkish Valleys and Yellow Brick Roads.

Posted by Unknown at 6:16 PM No comments:

On April 24, 2010 I posted a rewrite of poem in Bouk 6 of The Song ov Elmallahz Kumming, Sleepeeng by Day, Nietmaerz awl Nite. With renewed work on Bouk 6, I came across that poem again, and made yet further changes. Here's the first stanza:

This one scene stands as a late poem in Bouk 6 ov The Song ov Elmallahz Kumming. The poems in this fragmented narrative pursue a series of recursive rhythms and images. This poem’s title, rhythms, and images all hark back to other poems, including the one I posted on June 7, 2012: Master Immij, Moelten Immij, which begins:

The areyanz kame down like a woolf on the foeld,    Like a woolf in the koeld    Lakking trueth in thaer kode.

Of course, Byron’s classic, The Destruction of Sennacherib, provides the original template of rhythm and image.