In the distant past, almost two months ago, I posted a little essay about the superimposing layers of thought going on in the mind at any given moment. I noted that I would post a draft of a scene in The Atternen Jewz Talen that explores this idea directly, that is phenomenologically. Finally, here it is...

Like a maed az she step frum a steemee bath,
The beedz a sparkel on brest and cheek,
An she run a kome thru her glissen a hair,
Awl kleen an strate an silver a sheen,
So awl the thred an the braken strand
In my theenk untaengelz in a shivver a lite.

Well, thats a mor detalen skech a my theenks
Than I ment tu say ov my travvellenz eest.
Posted by Unknown at 6:23 PM No comments:

Restoring the color of the past, 2

In late March of this year, I posted an image recovered from my wife's slide archive, showing the Sultan Beyazit Cami (mosque) in Amasya. I then showed my progressive restoration of the image. (Well, really, some may argue it was not restoration so much as transformation, re-creation.)

Below are a few more notable images recently digitized and then restored/transformed by me. Some or all of these will end up in my ebook, Ottoman Beachcomber (which has also been previewed in this blog).... 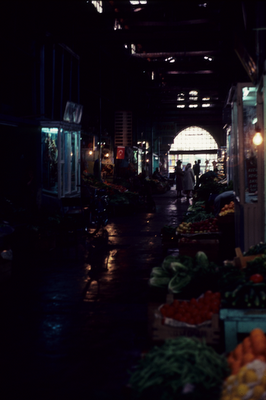 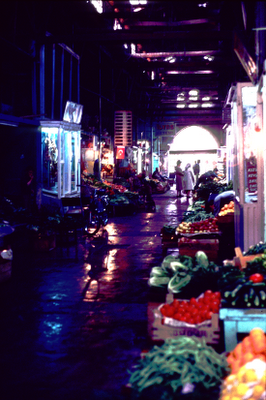 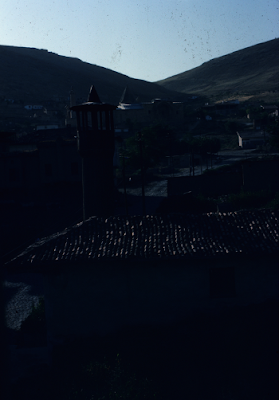 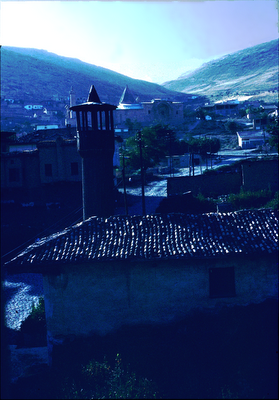 This is a cool pic. Nancy climbed the minaret of the Uc Serefeli Cami (mosque) in Edirne, and took a picture across town of the Selimiye Cami. First the original long shot: 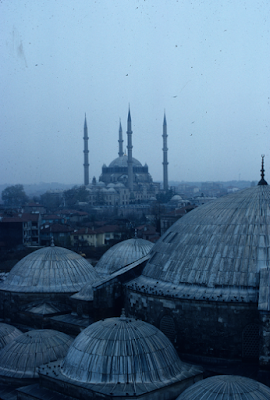 Here's the Selimiye close-up (cropped from the original): 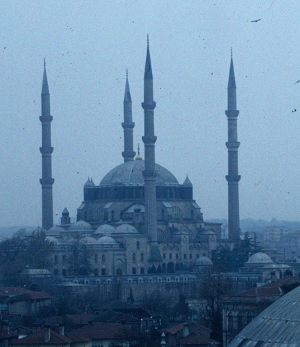 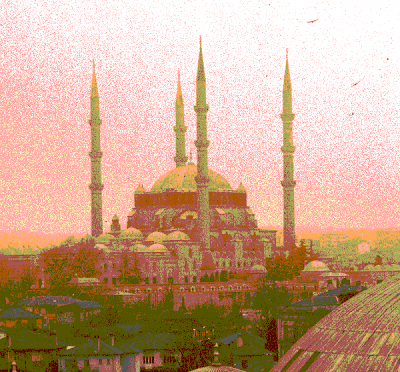 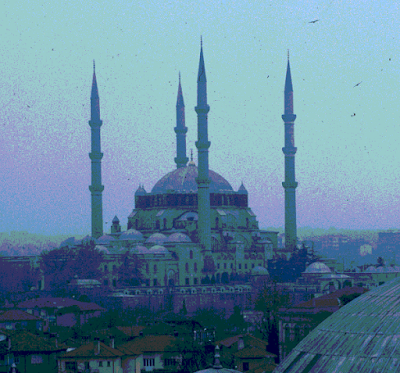 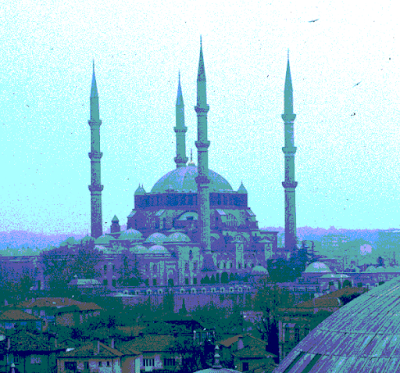 Way down yonder in southeast Turkey is Mardin, an ancient town high up on the plateau overlooking Syria. Here's the original, a shot of some people (almost) and the Syrian plain in the background: 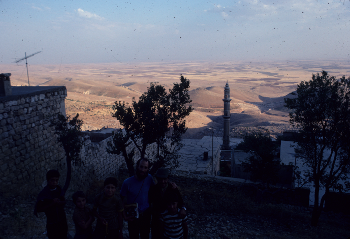 Now we can see the people, too. HEY, that's me, with some pals! 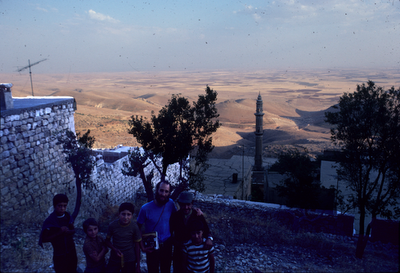 Finally, a beautiful shot of the Ishak Pasha Saray (palace), which needs little or no attention: 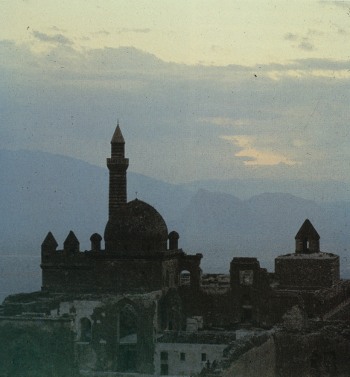 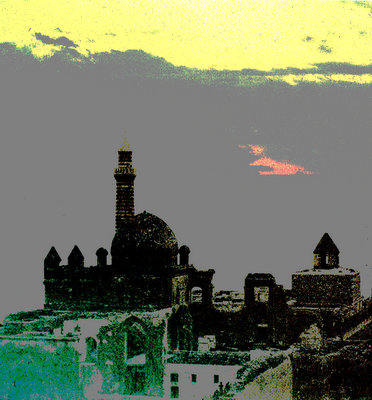 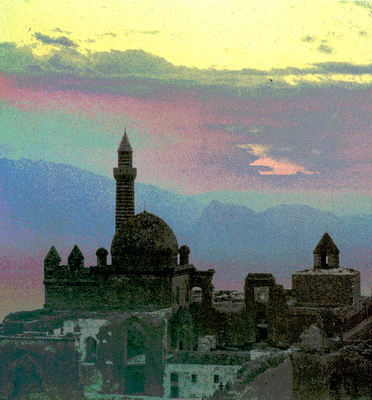 Click on any image to zoom it, and/or to see a slide show of all the images in this post.
Posted by Unknown at 12:22 PM No comments:

Educational tours of the USHMM

Yesterday I led a group of nineteen 8th graders through the US Holocaust Memorial Museum, on a rigorous educational tour. What a great group of students!

One of the exhibits is a room full of shoes with a 5 line poem on the wall written by Moishe Shulstein. The poem, written from the point of view of the shoes, stands as the primary documentation for the exhibit. To counterpoint the poem as a way of making it stand out, and as an exercise in helping the students filter through the vast number of images they had seen so far, I had them each write a poem, written from the point of view of an animal. They had 5 minutes to write something.

The following students gave me permission to publish their poems on my blog. Here they are, unedited. Given the short amount of time they had, perhaps you might be inclined to change a word here or there, but still, I think you’ll be as blown away as I am.

I fly over them,
they are treated so awfully
why do they cry
all I can do is watch
because I am JUST
a bird and they are
JUST Jews.
- - - Daniel Benzikri

BEE
I am a bee
I buzz and I sting
I cause so much pain
I hunt prey
I stand by letting people fall below
I am powerless
It is custom for me to cause pain,
but, is it right?
I am a bee,
I am a Nazi.
- - - Ophir Mizrahi

I have seen things no one
else should ever see. I have
seen only bad things for
the last 6 years. I have
seen bodies fall to the
ground after a loud shot.
I have also seen how
bodies have been thrown
into pits. Nearby, I
always see black smoke
coming out. today there
is no more of that.
I can hear celebrating.
There is freedom after all.
- - - Moses Goodman

Sparrow
As I fly
as free as can be
I look down,
and see a terrible thing
As I move through the ocean breeze
It troubles me what I see
I see children dying,
people crying
As the smoke flies up
to me.
I cry, for those who
can’t.
- - - Gilana Pikover

I fly over the camps
Most disgusting thing I ever saw
How can people be so mean?
- - - Tamir

I am a fox
I was spared because
of my weakness (?) and
my intelligence
I have not been killed
because of my uselessness.
- - - Matthew Levy
Posted by Unknown at 4:23 PM No comments: